There are a few factors that will dictate this continued acceleration for the Denver average home price. The first is supply and demand. There are currently 41.87% less houses on the market at the beginning of January 2022 than there were at the beginning of January 2021. The second factor is the conforming loan limits increased to $684.250 in the Denver metro area. That is $37,050 higher than the nationwide conforming limits. This basically means that the majority of buyers can purchase a home for $750,000, putting down 10% without it turning into a massive loan.

Looking at November’s numbers, the average home price for single family homes reached $703,753, while the average price for attached homes were $443,665. Denver average home price for both segments topped $628,794, up 15.82% year-over-year. From October to November, the market saw a staggering 33.41% decrease in month-end active inventory, dropping to 2,248. Throughout the entire Denver Metro area, there are currently only 1,444 single-family detached properties and 804 attached properties to buy. Over the past five years, month-end active inventory dropped between 23.36% in 2016 and 27.92% in 2019. Average days in the MLS year to date were 15, up 20% compared to month prior, but 25% down year-over-year.

Cash buyers scoop up a third of homes – Nearly one-third of U.S. home purchases this year have been made to cash buyers.

Goldman Sachs – According to a new Goldman Sachs market forecast, economists predict that home prices will grow another 16% by the end of 2022 for the U.S. market. 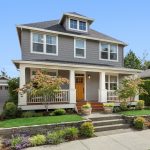 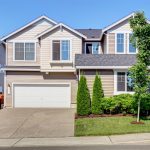