Average house price in Denver metro tops $739,950 in February 2022 for single family homes – a 7.53% increase month over month and 16.48% year over year. The first two months of 2022 were dictated by a lack of inventory and sales. By the end of February 2021, 8,761 properties hit the market; however, in 2022, the market has only seen a total of 7,671 properties hit the market, a 12.44% decrease in listings in two months. This number directly correlates with the 13.31% decrease in closed properties so far this year. Because of the lack of supply and a surplus of buyers, this has caused prices to rise quickly, leading to an unprecedented close-list-to-price ration of 104.75%.

The million-dollar-plus market, which is homes priced above $1 million, was alive and well in February and continues to show strong growth. Month over month, the sales volume increased 43.14% for detached homes and 32.04% for attached. The market also saw an increase in listing above $1 million, with 434 new listings in February compared to 330 in January. The increase in listings was a welcome sight; however, the intense demand absorbed those listings quickly, with 97% of new listings going under contract in February. In general, the million-dollar-plus market has less than two weeks of inventory for both attached and detached homes.

The bottom line, more and more homes are purchased with cash and many buyers cash out stocks and cryptocurrency or borrowing from parents to purchase homes or second homes. They are just finding that cash because they know that it’s more competitive with cash offers.

Looking at January’s numbers, there were only 1,477 active listings on the market in the entire Denver metro area at beginning of January, which is 11,175 fewer houses on the market than normal. Based on the sustained demand for housing and lack of inventory, the market is projected to see double-digit appreciation this year. Last time we saw double-digit appreciation back-to-back, was in 2015-2016 and 1998-2000. The average house price in Denver metro for both segments reached $609,132, up 10.20% from a year ago. The close-price-to-list was 102.09%, up 0.55% month over month and up 1.49% year over year.

There are several factors that will dictate this continued acceleration in house prices. The first is supply and demand. The ultra-low inventory which is 41.87% lower than there were at the beginning of January 2021. The second factor is that conforming loan limits increased to $684,250 in the Denver metro area, which basically means that the majority of buyers can purchase a home for $750,000, putting down 10% without it turning into a massive loan.

Strong population growth drives Denver into top 10 metros for new construction – According to a report from StorageCafe that analyzed U.S. Census building permit records and other data; new office construction in the Denver-Aurora-Lakewood area totaled 19 million square feet of space over the past decade, with 3 million square feet added in 2021 alone. The industrial sector saw the addition of more than 56 million square feet of new space in 10 years and more than 98,000 single family home and more than 100,000 multifamily units were permitted. Denver is currently home to more than 3 million people, and forecasts predict the area’s population could reach 3.6 million residents by 2030. 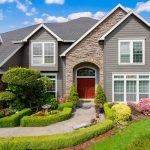