Denver real estate sales off to a brisk start in 2020

Denver real estate sales off to a brisk start in 2020. In January, 4,853 new listings came on the market, a massive 89.27% increase from the month prior. However, the month ended with 4,941 active listings, a 1.91% drop from December, because homebuyers placed 43% more homes in pending status month over month which diminished the housing inventory surplus.

Looking at January’s Denver real estate sales numbers, the average single-family home price was down from its summer highs, but higher year over year by 6.86% to $532,494. However, when you look at the condo market, the picture is a little different, which experienced a 4.98% month over month drop in average price to $355,754, down 0.37% from the same month last year, representing the first price drop in the month of January in at least the past four years.

As usually occurs this time of year, the days on the market were longer, averaging out to 45 compared to 41 in December. The bulk of single-family homes for sale at the end of the month was in the $500,000 to $749,000 Premier Market price range. The most choices for condos were in the $300,000 to $399,999 range. For both single-family and condos price over $1 million where the months of inventory were at 6.92 and 8.50, up 40.63% and 68.42% respectively; buyers found more opportunity to negotiate. Anything under five months is considered a seller’s market and over six months is a buyer’s market.

In February, 5,122 new listings came on the market, up 5.56% from the month prior which saw a massive month-over-month increase. Home sales were up 3.16% in February so the month ended with only 4,835 active listings, down 2.15% from January and 19.64% year-over-year. Despite being one of our snowiest Februarys on record, real estate agents put more homes on the market, up 5.56% from the prior month. We shifted 7.08% more homes into pending status and closed 3.16% more deals than in January.

I believe buying a home in these unprecedented times is going to become even a bigger deal. Your home is the only safe place that you know you have. You can clean it and take care of it. 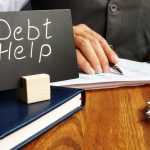 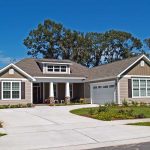