For historic perspective, March 2003 had 477 homes withdrawn and this was at a time when there were 23,967 active listings. Sellers withdrew homes possibly from fears of contaminated homebuyers walking through their homes, or concerns about their jobs and the economy.

In March, 30.24% more new listings came on the market, which pushed the number of active listings at month’s end up 19.46% to 5,776.  Notably, that is 8.20% fewer active listings than the same month last year. Houses were selling 23.68% faster, in an average of 29 days, down from 38 days in the prior month. The average close price for all single family homes and condos was $513,526, setting a new record high and the first time the average close price for both segments topped the half-million dollar mark.

Looking at April’s numbers, Denver real estate market saw a major decline with home showings dropping to a record low mid-April due to the Stay-at-Home order. However, with virtual showings, masks, booties, hand sanitizer and determination to help clients, 3,280 homes were put under contract and 4,679 listings came onto the market. That’s impressive considering the restrictions and uncertainty in our world, but COVID-19 did make an impact.

Even with the increase in active listings at month’s end, the 11-county Denver real estate is still a seller’s market in all price ranges except for the luxury market, which are homes for $1 million or greater.

On March 9th, home showings in the Denver area started dropping from a 2020 high, according to ShowingTime, to a low on Saturday, April 18th. As the Market adapted, home showings started to increase. When Colorado’s Stay-at-Home switched to Safer-at-Home on April 27th, approximately 3,500 showings were scheduled, more than any other Monday in 2020. The number of showings have continued to increase every day since.

Although there were a slight decrease in the average close price, homebuyers realized this wasn’t a time for low-ball offers, big discounts or taking their time to make an offer. Home sellers received on average 99.96% of their list price in April and sold their homes in an average of 20 days, compared to 29 last month.

Denver real estate sales off to a brisk start in 2020 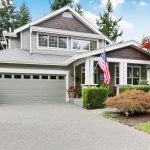 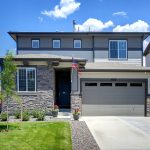