Denver area home prices continues to climb, finishing January 2016 at an average price of $374,655 for both detached single-family houses and attached homes such as condominiums according to the latest report from DMAR. This was a 13.53% increase compared to a year earlier where the average sale price was $330,006. Separately, the average price for a single Denver area home increased 11.7% from a year earlier to $413,995, while the average price for a condo increased 17.3% to $270,960. Active listings increased slightly year-over-year, with 1.2% more homes on the market to 4,221 in January compared to a year ago, however it was a decrease from December, when there were 4,384 homes on the market. According to REcolorado, data shows that for detached houses in the $200,000 to $299,000 price range, there were only 286 active listings on the market in January, while 549 properties in this price range sold during the month. This translates to about two weeks’ worth of inventory; in a balanced market, the inventory should be around 6 months. The Denver area home market broke several records in 2015, including the total sales dollar volume, which topped $20 billion over the year. 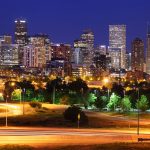 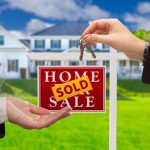