Home » News » Denver homes continues its record-breaking trajectory in May

Denver homes continues its record-breaking trajectory in May

Denver homes continues its record-breaking trajectory in May with 179 homes sold with a price tag over $1 million, up over 21% from the previous month and up nearly 38% year-over-year, according to the latest report from Denver Metro Association of Realtors. If this trend continues, homes priced over $1 million will likely surpass one billion dollars in volume year to date next month. The average home price for attached and detached single-family homes in the metro Denver area continued an upward climb to a new high of $449,736, up 2.84% from previous month and up 9.83% from a year ago. Sold price for detached single-family homes reached an average of $490,700 in May, while attached homes such as condos sold for an average of $317,082. Active listings for all types increased 9.96% to 5,895 in May, which was partly attributed to the increase in the condo inventory which was up 16.7% year-over-year.

The Colorado Supreme Court upheld the right of the condominium developers to require disputes go to binding arbitration which basically will revive the largely defunct condo market. The decision is likely to have wide-ranging effect, especially after Gov. John Hickenlooper last month signed into law a separate bill concerning defects reform. The House Bill 1279 requires a majority of condo owners to approve any legal action against developers, increasing the current standard that only requires a majority of homeowners association board members to agree to move any conflict forward. Prior to the Great Recession, 27% of multifamily construction was condominiums and now it comprises less than 3%. 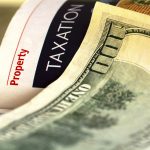 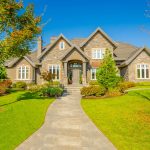